I don't want to be too culturally incorrect, but I really don't get the idolizing of the now famous WKRP turkey episode. It seems to grow in popularity every year. I saw it when it originally aired (I was a KRP fan at the time) but that episode never really stood out to me. It wasn't UNfunny, it just didn't strike me as particularly hilarious. In fact, after it's original airing, I don't remember anyone going on about it. 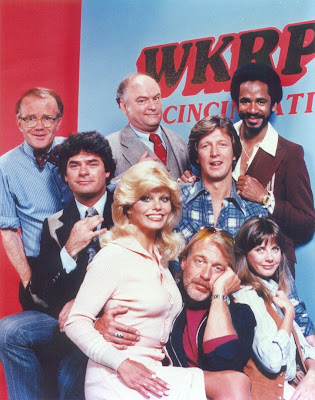 A few years after the show was canceled and the show was in syndication, when talking about WKRP, I began to here people say things like, "Oh, remember that episode where they dropped turkeys from the helicopter..." Yeah, but it wasn't that funny. There were much better KRP moments than that one and yet the show is remembered almost solely for that episode and Loni Anderson's boobs.

You are wrong even though I agree with you. The caveat is that I wasn't that old so my childhood may have me remember it wrong. Boobies!

I have a formula for Dave's likes and dislikes:

If it is held in high regard by critics and the mass population, Dave will typically not see what the big deal is. He will not hate said thing, but he will not understand said hype.

If something is liked reasonably well or just seen as mediocore, Dave will typically see it as the cat's meow. At least for him personally.