We’re Broke, You Fix It

I honestly don’t know where the City of Springfield should make budget cuts (assuming new revenues really are not an option). I know, let’s get rid of “waste”!

Seriously though, what are the extravagant city services that we really could just do without? And I’m talking about enough to make up the expected $12 million shortfall. Cutting the mayor’s salary or something similarly vindictive isn’t going to make a difference. And stuff like this from mayor Davlin can’t be the answer:

"What this really means is: A lot of people in Springfield are going to see some services changed," he said. "Perhaps we're not going to be as responsive as we've been in the past in picking up tree limbs, or perhaps (when) we have a major snow storm, it may take a little bit while longer ... but we're going to try to take a look at every position possible. And it's going to mean a change in services."

Those are actual services and no one wants them to be cut. If that were the only alternative to tax hikes, I think most people would take a modest tax hike. But of course there are a lot more options: closing libraries, cutting salaries, maybe some layoffs of people who don’t keep the streets safe and clean, etc. 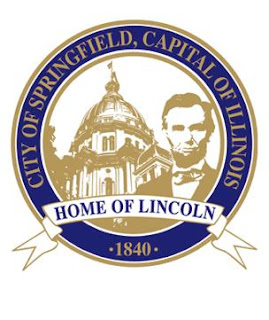 Then there is the “Tax All Foreigners Living Abroad” solution from Alderman Gail Simpson:

Simpson said she hopes the mayor's committee will come up with a new revenue source that targets people who "work in Springfield, come in at 8:30 and leave at 5 o'clock and take their resources with them ... so that citizens of Springfield aren't bearing the brunt."

I actually like this to some extent, but I’m not sure how that would be accomplished. Should we set up toll booths at every entrance to the city? I personally think putting a Berlin-style wall up around Jerome (especially!) and Leland Grove and charge the residents a stiff levy to enter or leave would be a fine solution.
Posted by Dave at 12:14 PM