The Bloomington Pantagraph has an interesting retrospective of the Hendricks murders that shook that community 25 years ago. The story was followed closely statewide and even nationally. I know I followed all of the details of the case. David Hendricks was tried in Rockford not far from where I was working in the news business at the time.

But reading the Pantagraph article, I was sort of dismayed at the writers attempt to portray 1983 as some distant and quaint era that we have long left behind. In fact, the column seems to devolve from an account of the famous killings to some sort of reflection on how Bloomington used to be Mayberry a mere quarter century ago.

Take this for example:

If anything better mirrors how 25 years and Hendricks have changed things, it may be this:

A few days after news of the Hendricks murders broke, The Pantagraph ran a story about people scurrying to buy door locks to make sure their homes were secure.

How weird is that?

Well not so weird really. Look, everyone had locks on their doors in 1983. I suspect the 1983 newspaper story was referring to people buying better locks, deadbolts and the like. I lived in some much smaller communities than Bloomington back then and we all had door locks. 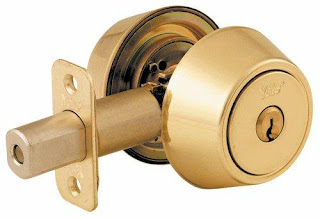 And here’s another mischaracterization of the era:

Anyway, stuff like this bugs me. Mischaracterizations of eras to fit some preconceived notion of simpler (or at least different) times are silly. This happens enough in fiction (Life on Mars) but do we need it in our “news” too?

Update: I think Nancy is right (in comments) regarding the attorneys. That is, there were 5 PAGES of attorneys in 1983. My bad for misreading. Part of my confusion came from the writer switching from the total number of restaurants listed to the number of pages of attorneys. Still, my argument stands. Attorneys advertise more now. And there are not 7.5 times as many attorneys now vs. 1983. Yellow Pages is a bad measure.
Posted by Dave at 7:15 AM

I sent this to the journalist who wrote the article you cite:

I was wondering when you graduated from college. I'm not attempting to be sarcastic here, but I suspect you're a younger man, perhaps in your twenties?
Why do I ask? My buddy Dave wrote this blog post commenting on your recent article about the Hendricks murders.

Dave believes that perhaps you've gone a bit far in characterizing Bloomington, and the 1980s, in the manner which he cites.

Thank you in advance for any response you may grace us with.

P.S. Does Doug Hamm still write for the Pantagraph? I grew up with Doug.

I provided a link to this post. Hope he replies. If he does we may gain some insight into the phenomena.

I had a similar thought; perhaps the writer is just very young. I guess I should've sent the same e-mail but it’s just easier to bitch about something than engage in a dialog. I would have lost interest in this by this afternoon anyway and never put up the post.

1983 doesn’t seem that long ago to me. It’s the year I graduated from college. Perhaps, to some extent, I don’t want to admit that things have changed as much as they have (that would be admitting I’m getting old), but at the same time I do remember very well what 1983 was like and lockless doors in places the size of Bloomington were’t part of the picture.

Do you think he meant five pages of attorneys? That's how I read it.

Bill Flick is NOT a twenty-something guy, he's been at the Pantagraph at least 20 years (back when I was a "stringer" for them), and I think he was working at the paper when the Hendricks murders happened.

I was 19 years old when this happened, living with my parents in the LaSalle-Peru area, but we locked our doors at night too! My brother was attending ISU at the time.

I'm sure most people in Bloomington-Normal locked their doors at night long before 1983. I believe there were some other, single murder cases back in the 70's in that area -- at least one involving a young boy and at least one or two involving ISU coeds. So it's not as if B-N was a crime-free paradise back then.

I remember quite clearly when my mother and father began locking the door to my childhood home.

The act was more symbolic than anything else for there were two doors - the first with no lock at all, and the second door which had the lock was made of small glass windows, and the lock was a simple little lock.

It was around 1967 when two break-ins occurred on our South-West side block.

By the late seventies when we added a few rooms to our home we also added a steel door with two heavy duty locks.

I watched Michael Moore's movie Sicko, and noticed how he went from door to door opening up the homes in one Canadian city since none of them were locked.

Maybe Bill Flick was exaggerating, as people are inclined to do - perhaps he is recalling a simpler time, of days when children would walk home from the one room school house and help ma, and pa, chop wood, and milk the cows?

well this must be insane.