The TEH Voting Guide

Since I know you all come here for me to tell you how to think, I am offering a simple voters' guide on how to vote today. Here is a list of who to vote for and my considered reasoning as to why.

President - Barack Obama
Why: I am a terrorist-loving, socialist America hater. But you knew that.

Senator - Dick Durbin
Why: It rhymes with turban and I get to call him Dick Turban because he's a terrorist-loving, socialist America hater. But you knew that

Congress (18th District) - Colleen Callahan
Why: I favor a nuke-free Taiwan and oppose lying by notaries.

State Senator (50th District) - Larry K. Bomke
Why: Why not?

State Representative - Please, Not Raymond Poe
Why: I have no idea who's running against Poe but he or she has to be smarter. Just has to be.

Sangamon County Circuit Clerk - Tony Libri
Why: Dammit, the guy's being deployed overseas! But more importantly, all former CH. 20 personalities should be guaranteed jobs in government.

Sangamon County Coroner - Susan Boone
Why: Coroner work is icky so let's make a Republican do it. Besides, her opponent "Aby" Phoenix can't spell Abby correctly.

Sangamon County Recorder - Josh Langfelder
Why: Coming out of the Blessed Sacrament 'hood, I still find myself beholden to the Catholic mafia. Anyone want some leftover mostacolli?

Sangamon County State Attorney - John Schmidt
Why: A buddy of mine, with whom I often share beers, works for Schmidt. If he loses his job I'll have to buy all the beer.

Sangamon County Auditor - The Incumbent
Why: Who cares? And there is only one guy running.

Sangamon County Board - You're on your own.
Why: I have no idea what these folks do.

On Reducing the Size of the Sangamon County Board - Yes
Why: Since I have no idea what these folks do, probably fewer people can do it.

There you have it. Go forth and vote. 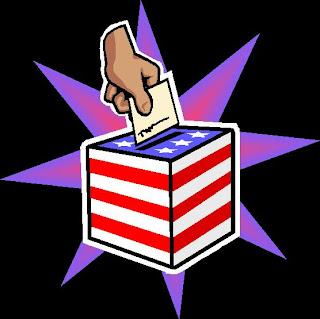 I would agree on nearly everything.

As a matter of fact, I voted against Poe for the exact same reason. If you close you eyes and listen to him talk, he reminds you of a Hee-Haw character. One would never guess he's an elected state legislator.

And, on the county board: Why else would a bunch of Republicans, who normally tout smaller and less intrusive government, be so insistent on leaving Sangamon County's board big unless it was for their own political gain? I voted to cut it down. There's something fishy there.

My one big disagreement would be on Susan Boone. I've had the bad misfortune of working with her in the past and, quite frankly, I believe she may need to be medicated. It's a bad scene.