I'm going to scream if I see that damn Toyota commercial featuring a really bad cover of The Fixx's Saved By Zero one more time! I swear it's in every commercial break on every channel.

The worst part is, it's making me hate one of my favorite tunes from the early 80's (1983, I believe). Here's the original music video.

I think I remember Toyota running a similar ad using the same song several years ago, but I don't remember them running it straight into the ground. Zero is exactly how many Toyotas I'm ever going to buy if they don't cut it out. 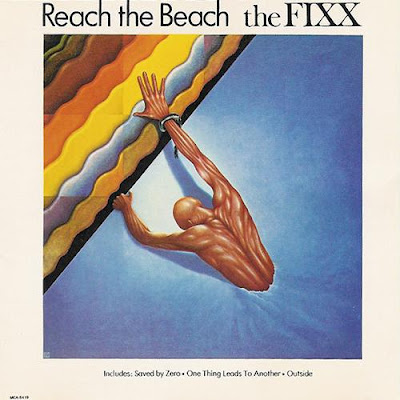 Before some commercial ruins it, here's another good one by The Fixx. And (one thing leads to) another.
Posted by Dave at 11:17 PM

That commercial is burned into my brain now. It's become an inside joke with my family.

I agree. I still play their greatest hits CD. Their music really stands the test of time. And their lead singer reminds of John Glover in his 52 Pickup years.

For the past month I've had two major life goals.

2) Grab the remote and change the channel before I hear the end of the first "saved by zero" line. I usually make it. I've heard this annoying commercial so many times that I'm worried if I hear it all the way through again I'll turn into a large green monster and destroy the nearest toyota dealership. Saved by zero make hulk angry.

Since I hate most 80's music I didn't know that this was once an actual song.

Everyone I know is actively against this commercial and Toyota's use of the song. My buddy was in town from San Francisco recently, and before we could even catch up, he had to complain about how much he hates that Toyota commercial.

I hate the commercial.

I have always hated the album cover. It reminds me of those skinless bodies on display at Body Worlds exhibits. Granted, I want to go to the exhibit, but I hate this album cover.

Secret Separation always made me feel like I was in on a metaphysical secret. I just moved to Springfield, and found this blog. Very nice. Does anyone here do Drinking Liberally or anything?

Sky, welcome to Springfield. It’s not quite a fate worse than death once you get used to it.

The old DL blog was mine. Dave and other bloggers are welcome to emerge from their mom's basement and join in too.