I think Marie, who got the same request-for-blog I did in regard to the Sangamon County coroner’s race, gets it about right. The coroner does a job very few of us (including me) understand or have much, if any, contact with. It’s one of those jobs where if the person isn’t screwing up royally, we just don’t care that much who it is or what they are doing.

In that light, I have no bone to pick with Susan Boone and I really know nothing of substance about Aby Phoenix (except I think Aby should be spelled Abby or Abbie). Marie’s point about the domination of county politics by Republicans is well taken I’m not sure I care about the party affiliation of the coroner. On the other hand, maybe having the sheriff and coroner from different parties would help keep each honest. Or maybe that would just inject politics into criminal investigations. Or maybe it doesn’t make much difference either way. 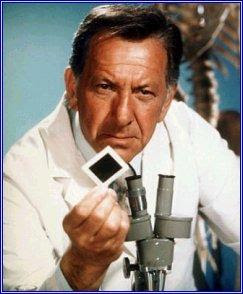 My guess is that Boone will win reelection on name recognition and because she is a Republican (the majority party here). For the reasons stated above, incumbent corners have a huge advantage. That doesn’t mean Phoenix doesn’t have what it takes or wouldn’t be better than Boone. I think it’s just the political reality.

All this is to say I don’t have much of an opinion on the matter and I’m not even sure what way I’m going to go on November 4.