It’s What They Drive, Stupid

In an effort to highlight some of the local political races around here, today I reprint from the SJ-R what kinds of cars the candidates for Sangamon County State’s Attorney are driving.

[Democrat Ron] Stradt’s car… is a 2008 BMW X3, which he described as a “smaller SUV.”
…
“It’s the only vehicle made by BMW that’s 100 percent union-made,” Stradt said, saying the X3 is produced in Austria. His car probably has “more union parts and more union labor than some of the American-label cars,” some of which are now made in plants outside the U.S, he said.

Schmidt didn’t comment about the license-plate frame. When I asked, he said he drives a 2005 Cadillac CTS, which he bought used, but his other family car is a Honda minivan. 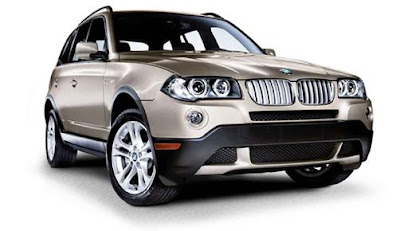 Amazing that with all the things going on in the State's Attorneys office THIS is what we get to read about in the paper. This is definitely not one of the SJ-R's prouder moments but its typical for how friendly they are to Republican incumbents.

Whatever anonymous! I solely base my vote on whoever car is the most pimpin'. If only Huggybear would run for SA. That man is fly.