Consider this an educational post for those who graduated from college before 1985. People like me. The rest of you can laugh at the dumb old guy.

See, I've heard of Beer Pong but I have never played it and really didn't realize how established it is.

My drinking games days ended about the same time I got out of college in 1983. We had such classics as Quarters and, um, some other stuff I can't even remember the name of anymore. Although I think a played more than one game of beer backgammon. We also did something that called Beer [rhymes with pong]s. But that was about it. No lavish props, no serious beer-based competition involved.

Today we have Beer Pong (also known as Beirut) and it's a force to be reckoned with. 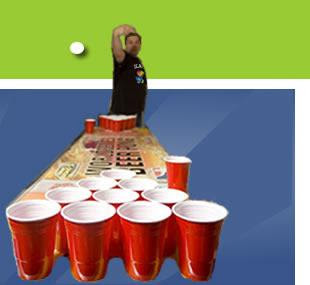 Here's how the foremost authority on everything describes Beer Pong:

Beer pong ... is a drinking game in which players throw a table tennis ball across a table with the intent of landing the ball in one of several cups of beer on the other end. The game typically consists of two two-player teams, one on each side of a table, and a number of cups set up on each side. There are no official rules, so rules may vary widely, though usually there are 6 or 15 plastic cups arranged in a triangle on each side. The number of players on a team can vary as well, from one to three or more.

When a ball lands in a cup, the defending team must consume all of the beer inside that cup. The cup is generally not completely filled. A recent Time article stated that cups were 1/4 to 1/3 full. The game is won by eliminating all the other team's cups before all of one's own cups are eliminated. The losing team must then consume all the beer remaining in the winning team's cups. 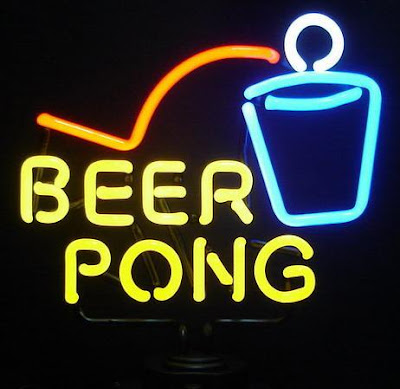 There are specially made Beer Pong tables. 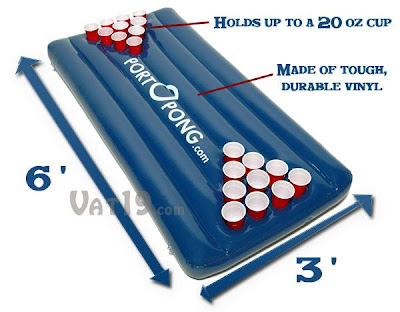 And Beer Pong balls designed for the sport. 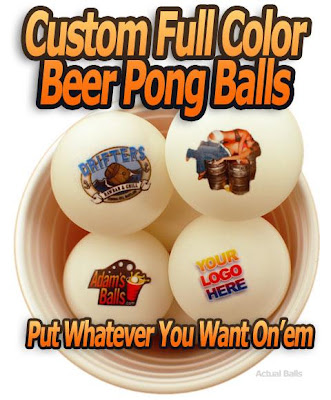 Like I said, I'm past the age where I need to pound beer as a matter of sport. I prefer to do it at my own (slower) pace these days. 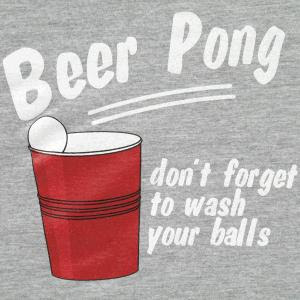 Have a great weekend! And enjoy a beer with or without your balls.
Posted by Dave at 12:01 AM