As you all know, Springfield has a sizable American International Group (AIG) office here. You probably also know that AIG is a large company in trouble and has received government money to help get it through its difficulties. And you might also remember this story about the expensive retreat for AIG executives AFTER they had received the bailout money. Well, AIG was properly embarrassed by that event and has apparently taken measures to make sure no more bad publicity like that gets out again. And, it seems, they have taken it to the extreme.

The AIG office here in Springfield, which employs several hundred workers, sponsors an annual bus trip to Chicago for its local employees and one guest per person. The AIG workers, for $15 dollars a head, can take a bus to Chicago and can spend the day shopping or whatever. Riders are dropped off and picked up at one location on Michigan Avenue. The rest of the day is up to the employees. This year’s bus trip was scheduled for this Saturday. 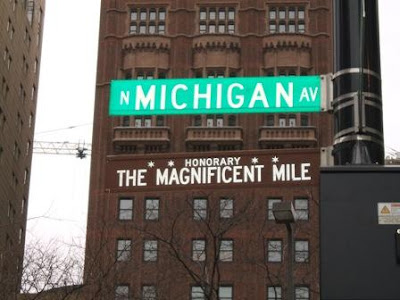 But here’s where it gets sticky for AIG. The $15 out of pocket cost per person doesn’t pay for the entire cost of the bus, so AIG pays for the rest out of some employee activity fund. Apparently, someone at AIG, fearing bad publicity, decided the bus trip needed to be cancelled at the last minute. The problem is, the way I understand it, AIG saves no money since the bus has already been paid for. A bigger problem is that some people participating in the trip went and bought things like non-refundable theater tickets for Saturday. These people now either have to eat that cost or drive up on their own.

This is certainly not the end of the world for anyone, but it sure is stupid. Remember, all AIG was paying for was part of the cost of the bus, which they are still on the hook for. They weren’t doing any wining or dining or entertaining, just providing a portion of the transportation cost. But they had to cancel because they thought it wouldn’t look good. Well, I think this looks worse.
Posted by Dave at 11:53 AM

Some of us scheduled to go on this trip are being put out and are very unhappy about it. I was one and notice only was given Monday. Couldn't they have decided this weeks ago?

Also, the earlier story about the executive's retreat doesn't make clear whether THAT was a previously scheduled event that AIG simply decided to go ahead with, or something they put together AFTER the bailout was approved.

It comes off sounding like the latter -- and if that was the case, it really was inappropriate. But if it was an event already scheduled, which would have lost money for the company or the participants if it was canceled at the last minute, then the criticism was not completely justified IMHO.

Either way, canceling this bus trip was silly. This is just a $15 bus trip to Chicago for regular employees, not a six-figure blowout, fer cryin' out loud.

Stupid is the only way to describe this.

For Christ sakes, these folk are lucky to have jobs!

It won't be long until they don't have that office anyway when AIG sells off the vast majority of its holdings.

Before all the bleeding hearts begin your assault, think of all the people who have lost tens of thousands of dollars (each) of their retirement savings, and of the diminished quality of life they must suffer now because of the irresponsible actions AIG (along with other companies).

Oh, and yes it's costing me too.

I know there's no way in hell I'll see a penny of corporate annual bonus this year.

The company I work for lost a sizable amount of money, and its stock has taken a beating due to its debt holdings, and investments in preferred stock of Lehman Brothers, Fannie Mae, Freddie Mac, and American International Group.

I know my bonus may not mean much to the rest of you, but it means a lot to my family, more than some weekend shopping up in Chicago.

By the way, the loss of the bonus on the local scale will total into the millions not available for local retailers here in town.

So screw AIG - that's my tax dollars, and my company isn't getting any to keep it afloat. We did the right thing, and are surviving due to good corporate practices, and no one is going to give us any taxpayer money so we can go on shopping trips.

It gets worse. There's a John Kass column in the Tribune today about a partridge-hunting expedition to England taken by some top AIG executives after the bailout.

Apparently these execs were displeased about corporate's recent decision to cancel any and all employee recognition events. They made an announcement to that effect two weeks ago (which raises the question, why wasn't the bus trip cancelled then?)

The company didn't sponsor this trip to England -- I guess the participants spent their "own" money on it. I posted some comments to the Topix blog that went with the story regarding the cancellation of the bus trip.

Prophet, are you aware that the trip was ALREADY booked, that the bus was ALREADY paid for and that AIG does NOT save any money by canceling this trip at the last minute? And how do you know that "taxpayer" money paid for the bus trip anyway? That was planned long before the bailout, I would think.

I think it would be appropriate for AIG to call off NEXT year's bus trip or any future company recognition events, but it was silly to call off this one on such short notice.

Yes and those people who lost money should just be grateful they are still alive since people in Africa are dying from disease by the thousands every day. We can play that game forever.

Hey Jeromeprophet, screw you bud! We don't have anything to do with what AIG did. We work for the American General division which handles insurance. Get your damned facts straight whiner!

I know the local office is related to AIG life insurance division, and if you want to start drawing corporate flow charts you can say it has nothing to do with the actions which your corporations leadership took which damaged both your company, but also the has harmed the economy, and investors.

But it's a bogus argument, for in the end bub, you'd be hitting the streets looking for work right now if my tax dollars deployed to bail out the company you work for.

So you get your facts straight - welfare dude.