Palin: Good for the Economy

The Republican National Committee appears to have spent more than $150,000 to clothe and accessorize vice presidential candidate Sarah Palin and her family since her surprise pick by John McCain in late August.

According to financial disclosure records, the accessorizing began in early September and included bills from Saks Fifth Avenue in St. Louis and New York for a combined $49,425.74.

The records also document a couple of big-time shopping trips to Neiman Marcus in Minneapolis, including one $75,062.63 spree in early September. 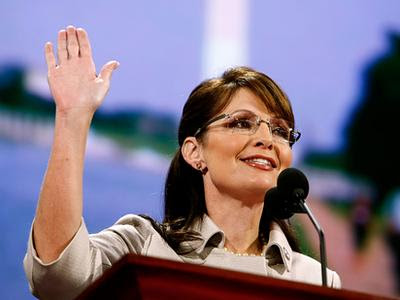 If we were all given a clothing stipend like that, this recession would be over very quickly.

I imagine Cindy McCain spends more on her wardrobe. As a female friend said, there are clear double standards at work here. Hillary was given crap for wearing boring pant suits or the same pant suits at different events. Obama and McCain could wear the same outfits and different events and no one would ever say anything, but women can't get away with it. It's a sexist double standard, in my honest opinion. I realize that's a lot of money, but

I honestly can't believe it's news. No wait, I can.

I think its news both because of the amount of money involved and that the CAMPAIGN paid for the clothes, etc. Hell, it was big news when it was revealed John Edwards got $400 haircuts he paid for himself

But you are right about the double standard regarding men’s vs. women’s clothing.

dave, it's called being mavericky