[Southern Illinois University at Carbondale] is taking on the first national college study about the effects of quitting marijuana using the nicotine patch on withdrawal symptoms.

The SIUC smoking laboratory, which has studied the effects of tobacco use with student participants for years, has added a new twist, said David Gilbert, the lab's director. Through the $17,000 first phase of the study, "cannabis-dependent" students will be monitored as they quit smoking marijuana. 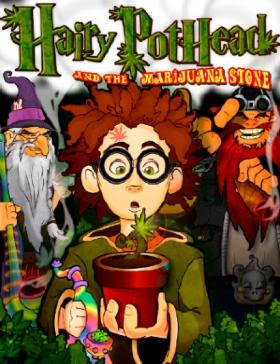 The story doesn’t make it clear, but I have to assume we are talking about people who want to quit smoking tobacco AND marijuana. Otherwise, why would you pump a lot of nicotine into someone not addicted to nicotine? That would probably be dangerous not to mention not all that useful. That would be like trying to wean someone off alcohol by giving them amphetamines.
Also, I’ve always looked at pot “addiction” as a psychological one, similar to being “hooked” on Twinkies or football on Sundays. That is, it’s a habit, but one with only psychologically induced withdrawal symptoms. That’s substantially different than the physical addiction caused by nicotine.

I don’t know, the whole thing sounds goofy. What the hell are they smoking?
Posted by Dave at 7:16 AM

They should just make Pot legal. It would solve a lot of problems.

I assume similar laws as alcohol. Would also be nice to have hemp(non-drug) grown in U.S.

Smoking can hook you because cigarettes contain nicotine which is highly addictive. But being hooked is not an excuse why you cannot quit smoking. Smoking has been proven by several researches to be great threat to one's health that is why there is no reason why one who is already hooked to it should not quit smoking. http://www.besthealthmed.com/quit_smoking.html

hahaha this is fucking funny. I would like to see his friends Hempmione and Drunk Weasley in sniffing at Azkaban. lol