U of I Trustees and Kin

When you are in the voting booth, do you ever NOT vote in a particular race because you simply have no idea who the candidates are? Or do you pick one anyway based on some random criteria like name (hey, I know a guy named Smytheberg!) or party affiliation (might as well just go with the Dem since that’s my tribe)? Mostly I just don’t vote in that race. If I’m feeling particularly mean I might vote based just on party affiliation. But I only do that in reverse, voting against the Republican because I feel they’ve made a bad life choice. 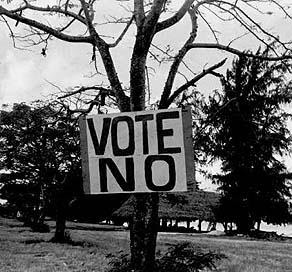 Update: OK we don't get to vote for U of I trustees anymore. Not that I ever did when I could.
Posted by Dave at 12:19 PM

well, "kin" is fine, but it's been a long time since the u of i board was on a regular ballot. from the u of i web site:

This is the kind of comment that keeps me reading this blog - that, and the fact that I've known you since we were little kids.