Is it ever not “hard economic times”? I don’t ever remember a time when people didn’t think, at the time, that they/the community/the nation was experiencing a bad economy. That perception can change in retrospect, but hardly anyone ever says, “Hey, things are going pretty well economically today”. Well, except John McCain right before one of the worst global financial meltdowns ever occurred a few weeks ago. Add to that, the fact that even in good economic times there are always some people losing jobs, filing for bankruptcy, becoming homeless, etc. Seems to me we are always either in bad times or worse times. 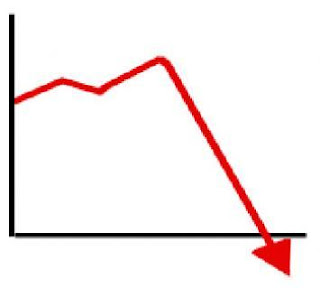 The only point I have here is that this psychology often prevents us from taking advantage of the good times to prepare for the really bad. We should now be entering a period of deficit spending by the federal government to bolster the sagging economy. But having blown what could have been huge financial reserves on an expensive (and completely unnecessary) war and on huge tax cuts for the rich, we are now starting with a huge deficit that makes it harder to justify the kind of spending we need on this rainy day.
Posted by Dave at 7:18 AM

Rainy days, and Sundays always get me down. JP

Well, I do not actually imagine it is likely to have success.