I'll make this simple; watch this CNN video. Just do it, I'll wait. 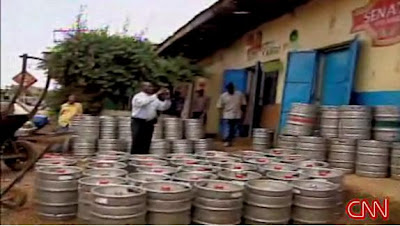 It's a report from Kenya where the locals are celebrating Barack Obama's winning streak by...what else, drinking beer. But not just any beer, Senator beer. Kenyans have dubbed it "Obama Beer".

Obama's father, as you probably know, was Kenyan and folks there have Obama fever. That is, when they don't have an Obama hangover. 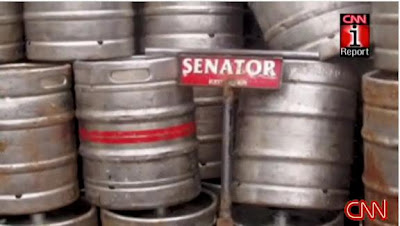 Have a great Presidents Day weekend! And have a beer for Obama, but not too many, it will make you Obamit.
Posted by Dave at 6:01 AM