Satellites being shot down, lunar eclipses, Fidel Castro admits he's an alien and resigns...the week has all been about outer space. Hence, space beer blogging. 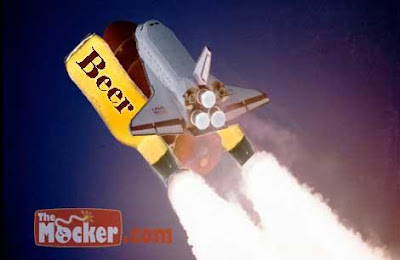 I've never heard of the movie Beer Drinkers in Space but apparently its now out in stores or something. See the movie's trailer/mini documentary here. 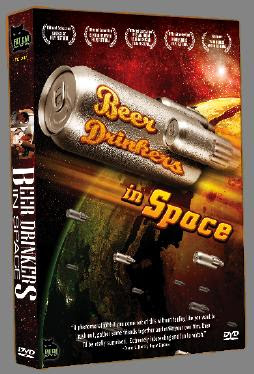 And what if Australians were allowed in Space? Think a few Fosters wouldn't make their way on ship for the trip. 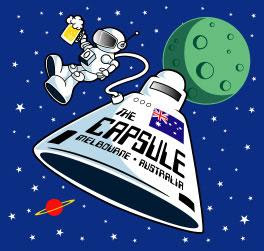 There's a space beer asteroids video game that can be gotten here. 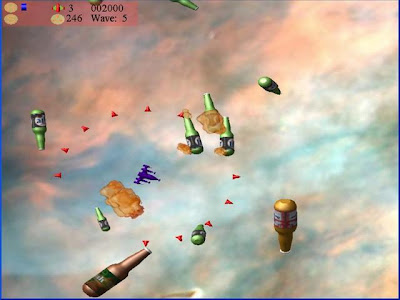 Finally, check out this beautiful song by Tankard . It's called Space Beer. Video and lyrics here. 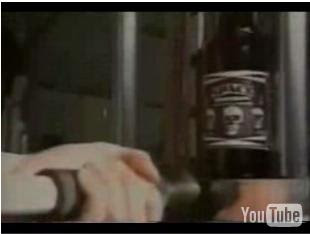 Below are just some of the lyrics.

Read in the morning paper
They're shooting up another satellite
Experiment on the final frontier
To create the ultimate beer
Precious yeast spinning in orbit
Unrestrained gravity fades
Nobody knows what this brew will be
A magic potion? Chemistry?
Everybody loves the new beer
So good you want to drink it day in night
It's better that and Pils, any Ex
Makes you feel like really good sex
If you're sick, don't fear the doctor
'Cos he has wonderful news:
A case of Beer will replace the pills
A drink of healing cures your ills
A new idea - great innovation
Future beer - it's a sensation

Have a great weekend! And don't space out picking up some beer.
Posted by Dave at 6:01 AM