It’s All About Abe

Q: If Lincoln were alive today, whom would he be supporting for president?

A: Lincoln, if he were alive today, would almost certainly be thinking, "Can somebody help me get out of this tomb?" The presidential race would not be his first concern.

And if Lincoln did decide to vacate the tomb, what would we do with the tomb? Would we put it up for sale? Turn it into a picnic shelter? Convert into a convention center for really small conventions? Maybe we could use it as a symbol of defiance, “Hey, Chicago, sit on this!” 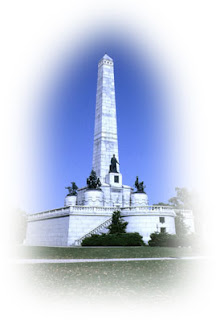 I wouldn’t be too hasty in making a decision though. After Lincoln goes to his house, he may want to return to the tomb just to get some quiet, what with hundreds of tourists going through his home every day. And, to make things worse for him, I bet the number of visitors goes way up when people find out he’s residing there again. Dead presidents just have no life worth living.
Posted by Dave at 11:54 AM