Why Flying is Safer

This has to be one big reason there are always at least two pilots on board.

LONDON, England (AP) -- A British airline said Monday that one of its flights was forced to divert to Turkey after the co-pilot died in mid-flight. He died of natural causes, the airline said.

GB Airways said the Airbus A320, carrying 156 passengers from Manchester to Paphos in Cyprus, landed in Istanbul on Sunday after what was termed a medical emergency on the flight deck.

The co-pilot was pronounced dead once the plane had landed.

But no one seems concerned about buses which never have two drivers. And, yes, it does happen! 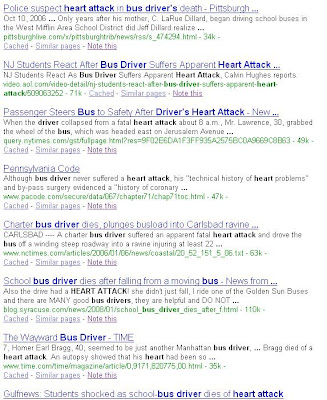