Have you noticed how the growth of 24-hour cable TV news has turned a lot of stories that otherwise would be local in nature into national news? CNN is coving a fire in a mall in Waukegan, IL. But if it were not that, there would be a car chase in Los Angeles, or a construction worker trapped in a collapsed trench in Georgia, or a submerged auto in a North Dakota pond, or a bank robber on the lose in Connecticut. 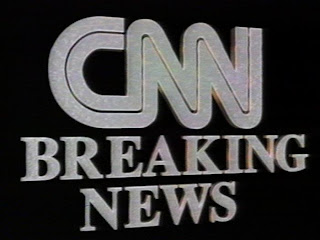 And I admit I get caught up in these stories. How will the car chase end? Will the accident victim survive? It’s news as entertainment. If only real problems of national interest were as compelling.

Update: OK, the Waukegan thing involved an explosion that injured several people. That's kind of big deal. However, even if it had been a routine fire, the news helicopters would have been bringing us live shots of the billowing smoke.
Posted by Dave at 12:38 PM

Maybe Springfield needs a few news helicopters, then we could become a part of the national news scene as well. Our house fires, traffic accidents, etc. could become famous, too. For every time the local TV station uses its live remote capability for an actual news story, there at least six or seven times when they squander or waste the capability to have someone standing out in the snow to let us know its snowing, or in front of an empty building to tell us about something that happened there hours earlier. What a waste of electricity!