I suspect this was happening all over in the non-Super Tuesday states.

SAN ANTONIO -- All the talk about Super Tuesday apparently caused confusion for many voters in Bexar County.

More than 1,000 calls poured into the Bexar County Elections Department on Monday from voters wanting to know where they could vote in Tuesday's primary. Problem is -- Texas isn't holding a primary on Tuesday, like more than 20 states are. 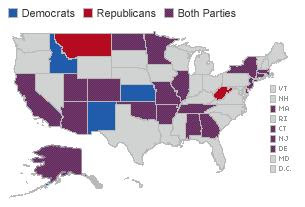 Or maybe all Texans are stupid, not just the one in the White House.
Posted by Dave at 5:44 PM