I raised this question a long time ago: If Barack Obama becomes president, who will be appointed to replace him to represent Illinois in the U.S. Senate? Governor Rod Blagojevich would be responsible for picking that replacement. Who should he pick? Eric Zorn has a list of possible choices: 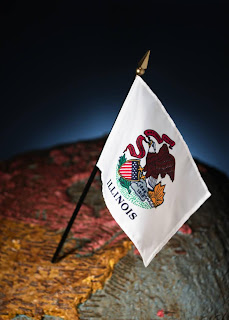 I think that last name is a real possibility, if not a probability. I don’t know, maybe Blagojevich’s gumption does know limits.

I’m not steeped in Illinois Democratic politics so I’m not at all sure who would be the best choice. Gut feelings make me think Dan Hynes, Tammy Duckworth and Lisa Madigan might be good. But then I’m not at all familiar with a few of the names on the list and I’m not really able to come up with other names as I venture into the Rich Miller territory of substantive Illinois politics.

Anyone got any favorites or suggestions for the (probably) next senator from Illinois?
Posted by Dave at 7:20 AM

I've read, via Rich Miller, that he might name whoever he thinks could provide the biggest challenge during the next gubernatorial primary. But since the list of candidate who could eventually unseat him as the Democrat candidate now includes Hynes, Madigan, Giannoulias, Dave from the 11th Hour, and pretty much anyone else that leans left in this state, I think he'll probably deny the first three people I mentioned and give it to a trusted ally, such as Hoffman.

I dont think it will be anyone in State Offices now. Blago hates all of them. I am not sure what Rod's relationship is with Jesse Jackson Jr. but I am sure that Obama will recommend him.

rickmonday, it dosen't matter who Obama recomends. Blago won't listen to him. I agree with blogfreespringfield that it could be Hoffman. But I am betting either on himself or they work out a deal with Lisa Madigan and the rest of the players shift around for her seat ie, Hynes to AG and then support Giannoulos later for Sec of State and then his office opens up. No matter what, he will take forever to make this decision just like everything else he does.

Gosh, there's a lot of helpful material above!