Anthrax? I Know Nothing of Anthrax?

Yes the anthrax attack has been forgotten by the media, the government and the nation as whole. Probably because it wasn’t as dramatic as its big brother, 9/11. And, you know, it didn’t involve scary brown people trying to take away our freedoms or whatever.

But while many wonder why the anthrax attacks were erased from the national consciousness, I’ve long maintained that every other domestic terrorist attack has pretty much suffered the same fate because they don’t fit the xenophobic, us-against-them mold. Arguably what could be considered the second and third worst terror attacks in recent history (Oklahoma City and the 1996 Olympics) were done by rightwing white males that were U.S. citizens.* 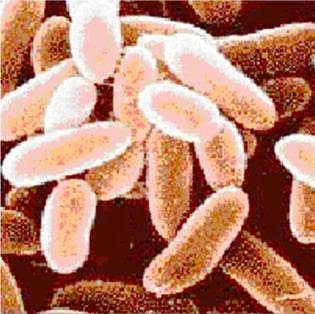 We don’t know who pulled off the anthrax attacks, but considering the targets were mostly liberal politicians and members of the “liberal” media, I don’t think it’s a stretch to believe the mastermind could also have been an angry conservative white male. And as we all know, conservative white males are “good” relative to the scary dark-skinned foreigners. Therefore, we just forget about those other incidents. They don’t fit the post 9/11 storyline, and are thus discounted. Note too that there are still those looking to make the anthrax attacks foreign in origin even though law enforcement and other experts pretty much universally contend the evidence discounts that. But again, for some it’s more convenient to blame outsiders.
*When I bring this up to some on the right, they often dismiss these guys as just being “crazy” and move on. Look, anyone who engages in this stuff is, at some level, crazy in my opinion. But they were driven by ideology, and acted just as the 9/11 hijackers did. Sorry, I’m not letting them off the hook that easily. I’m not saying rightwing = terrorist, but it’s also worth noting that Muslin doesn’t = terrorist either, something those on the right have a hard time coming to grips with.
Posted by Dave at 11:56 AM

The difference between them and the right wing wackos, Eric Rudolph, and Timothy McVeigh, is that those two were oddballs and not part of a larger serious movement.

The muslim religion has too large of a percentage of their members who want to "kill the infidels". Just look at all of the crazy Islamofascists who dance in the streets when some teacher names their teddy bear, Muhammad. Or when Rushdie writes a book. Or when some satirist draws a cartoon of Muhammad. You dont see white Christian males screaming "death to the {whatever} when unflattering pieces of work come out against Jesus.


The unabomber was a left wing wacko by the way.

No Rick, the Unabomber was not a leftwing wacko. He was a loner wacko who isolated himself from society and had an agenda all his own. The other guys were integrated into society and got support from others. These were people heavily influenced and motivated by the most radical rightwing culture. Big difference. And expect these types to reemerge after a Democrat is elected to the presidency.

I did not say that ALL terrorists were Muslims.

I would also contend that the evidence points to Ted Kacznski having much more left wing leaning beliefs than right wing. He spent much of his life in academia, even teaching at Berkeley (not really a right wing haven). Although several of his bombs did go to university professors, he also targeted big business executives at the Airlines, computer store owners, timber executives, and so on.

But you do make a good distinction between Kaczynski and Rudolph/McVeigh in that they got support from others. (Rudolph and is Army of God, and McVeigh and the militia's).

Actually this strengthens my believe that the Muslim terrorist threat is real and considerable. The support infrastructures that these terrorists have are much better funded and organized than any white male terrorism that I have seen, with the possible exception of the IRA at its peak.

And yes, there are many different types of terrorists in the world. However, I think the US should be focused on the ones that are an immediate threat to us and that would be the muslim terrorists. (see 9/11, Twin Towers I, Killing of US soldiers in Somalia,Khobar Towers bombing, US embassy bombing in East Africa, Year 2000 plot to bomb millenium celebrations in US, bombing of USS Cole, etc, etc.. etc.)

er·ror·ism (těr'ə-rĭz'əm) Pronunciation Key
n. The unlawful use or threatened use of force or violence by a person or an organized group against people or property with the intention of intimidating or coercing societies or governments, often for ideological or political reasons.

Looks like I had a errorism with the word terrorism, but you get the idea.