Obama Wins - Or Else Whitey Gets it 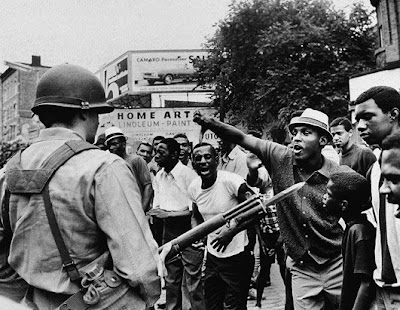 The conservative mind is truly a thing to behold.

Oddly related to this, I was listening to a talk show on satellite radio the other day and the guest was some very racially partisan, if I can coin a term, African-American who was very anti-Obama. The gentleman, I forget his name, I think ran a newspaper catering to the black community, but I could be wrong about that. Anyway, he was all up in Obama's (and Oprah's!) face about how they don't really represent the black community. Or something. All of which seemed odd to me since Obama (and Oprah!) aren't claiming or even attempting to represent only the black community. Obama is running for an office to represent all Americans, in fact. So I guess at least this guy won't be rioting and raping white women if Obama loses.

Update: The violence associated with the Obama campaign has already started, but not the way originally envisioned.
Posted by Dave at 12:19 PM