I might as well get this out of the way before the ball completely settles on the roulette wheel. Or at least before Super Tuesday (Feb. 5) when things just might be decided.

I’m predicting the Democratic ticket will be: Clinton/Obama. I’m not thinking Obama has quite enough support to gain the kind of momentum that is going to put him over the top. At the same time, I don’t think Clinton can ignore Obama’s appeal and will put him on the ticket. 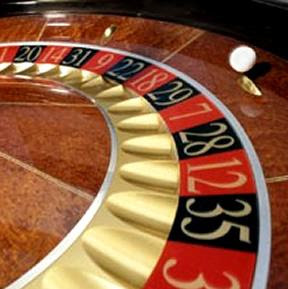 I’m predicting the Republican ticket will be: McCain/Lieberman. This is a harder call but I’ve always thought McCain was going to be the GOPs nominee. McCain will be smart enough not to pick any of the other clowns in the race (unless he’s forced to because no one has enough delegates to win at the national convention). McCain’s good buddy Joe Lieberman would make the ticket appear more like a bipartisan effort even if Joe has long since ceased to be anything close to a Democrat. And, faced with an interesting ticket of two firsts (a woman and an African-American), Lieberman would bring the uniqueness of having been a vice presidential candidate for both the Democrats and the Republicans.

Final result: Clinton/Obama over McCain/Lieberman.
Posted by Dave at 7:11 AM

I am an Obama supporter for this election. One thing that sort of amazes me is the Democratic Primary use of Superdelegates. Basically, these superdelegates are DNC leaders who represent about 20% of the overall delegates and these people can vote for anyone they want. For more details, here is a link to wikipedia on superdelegates:
http://en.wikipedia.org/wiki/Superdelegate

Anyway, it seems to me that this is a subtle way to supress the vote. Also, I think Hillary has secured more of these superdelegates than Obama has so Barack has a tougher hill to climb.

Of course if Hillary is on the general ticket, even with Obama, I will be voting GOP. But back to your main prediction, I think you are unfortunately right.

I agree that Clinton/Obama would be a formidable ticket, but I can't see Obama taking what he might perceive as the bridesmaid role (although I do think that the VP could launch him into the presidency eventually.)

Let me ask you this, if Clinton wins and doesn't select Obama to run with her, is there concern that some of the young and first-time voters that Obama has energized will be discouraged and not show up for the general election?

The McCain/Lieberman ticket makes sense, and should be relatively free of evangelizing.

I think not having Obama on the ticket would definitely suck some of the air out of the Dem and independent turnout. I disagree that Obama wouldn’t take the #2 spot. I think he would have everything to gain. I guess I just don’t see his ego as being so big that he would undercut his political ambitions like that. However, I’m pretty sure Clinton would not take the veep slot if the tables were turned. But that’s just my gut feeling.

Obama won't accept the ticket. The VP will be a "VP" in name only. The real Vice-Presi..actually, CO-President, will be Bill.

Like I read somewhere, if he's that uncontrolled and influential at the campaign stage, imagine once he's back into the whitehouse.

Therefore, the VP would have to be someone submissive. It's impossible to pick someone, but someone with a demeanor like Bill Richardson.