Speaking of end of the world dramas (or at least the end of the U.S.), Jericho returns to CBS on Tuesday, February 12 at 9:00 PM CST. This will be a truncated second season with only seven episodes (last I heard). If you missed last season’s shows, you can watch them here for free. It’s a full 22 episode season so you better get watching now if you want to be ready for the 2/12 premiere of season 2. 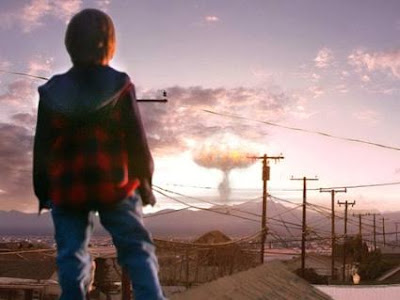 If you aren’t familiar with the series, it involves the struggles of a small western Kansas town (Jericho) after most of the larger cities in the U.S., including nearby Denver, are devastated by atomic blasts. It’s got a good cast and a compelling storyline. It does occasionally suffer from TV clichés and over-simplifications, but is otherwise thought provoking and addicting to watch.
Posted by Dave at 11:42 AM