For the XCLVIIth Time, Just Stop It!

(Sidebar: Are they going to stick with the Roman numeral thing forever? "Welcome to Super Bowl CLXXXIV, with the Las Vegas Thunderbolts taking on the San Jose Gladiators...")

I’ll go a step further and ask that everyone just refrain from using Roman numerals -period, unless you’re studying Latin or Roman history. We aren’t Romans and we have a much better system of numbers, so use it. I used to hate trying to figure out the copyright dates of movies or TV shows by trying to quickly catch it at the end of the show. It was hard enough sometimes seeing it at all, much less translating the fucking Roman numerals. I say I used to hate that because now I can just look it up on the internet. Everyone uses IMDb, right? 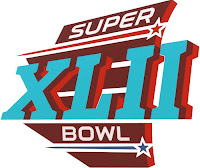 I do know how to read Roman numerals and even have a shortcut memorized to quickly recognize the numerical order of the letters beyond X (LCDM). But why should I? What purpose does using Roman numerals serve? I suppose it’s to seem classy or something. Which really begs the question as to why they are used to denote Super Bowls. Why not just attach the year to game like baseball does the World Series. For example, Sunday would be the 2008 Super Bowl, not Super Bowl XLII.
Posted by Dave at 12:17 PM

Don't worry, just 8 more years and the stupidity around this will be obvious.

I give you, Super Bowl L.

I agree with you C%