Last Saturday, we made our annual Christmas trek down to Brewhaus for some holiday cheer. And as usual, we were taking beer suggestions from the waitress. One she offered up was a beer brewed by monks in Belgium called Chimay. Actually there are three varieties of Chimay: Red, White, and Blue. 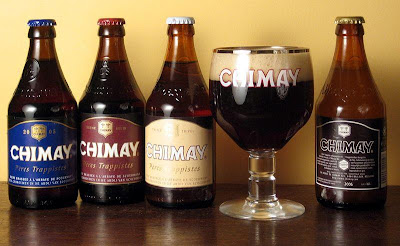 The whole family is pictured above. For no particular reason we chose Red. Well, I think they were out of White so we went with Red. 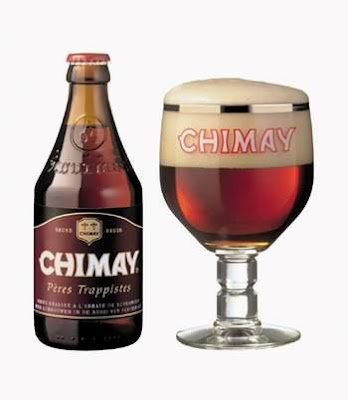 The bottle is kind of squat and, for whatever reason, the Brewhaus serves Chimay in small, what I would call, snifters. Odd. Can't say I'd ever had beer in a snifter before.

The Chimay story can be found here. This plaque appears at the brewery. Nor sure what it says (those Belgians have a different word for everything) but I think the Abdij van Scourmont reference near the bottom might have something to do with Adlai Stevenson. Belgian monks were all about Adlai back in the day. 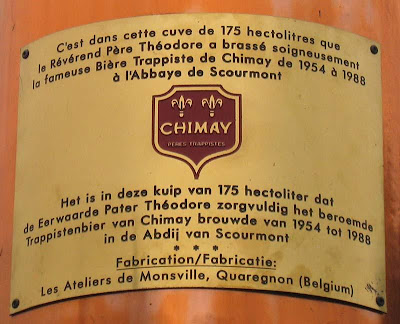 Oh, and here's a book on brewing beer like a monk. Available here. 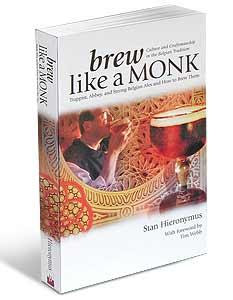 In the end, I wasn't real impressed with the Chimay Red (I'd like to try the White) but knowing the proceeds go to monk charities made it seem like were were drinking for a good cause, even it we did so from snifters. Here's to Chimay. 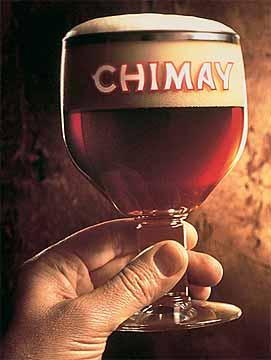 Have a great weekend! And remember, drinking too many suds will leave you loudly a Belgian.
Posted by Dave at 6:01 AM

I've had Chimay Red, White, and Blue. Does that make me a better flag-waving Amurkin?

I agree with you about the Red. It didn't blow me away. The White seemed good, but if I remember correctly, I really enjoyed the Blue. I remember thinking it really stood out from the others.