One Space or Two?

A few weeks ago, an issue arose at work that highlights a generational gap between those who learned to type on a typewriter and those that learned using a keyboard. First, for those of you who don’t know, there are no more “typing” classes taught in schools. It’s now called “keyboarding”. Another noun that has morphed into a verb.

Anyway, this co-worker in his late 20s comes into my office and sits down looking somewhat bewildered. He tells me that another of our co-workers, a very nice woman in her 40s, mildly admonished him for submitting a document to her where there was only one space between sentences. She told him it was proper to put two spaces after a period. 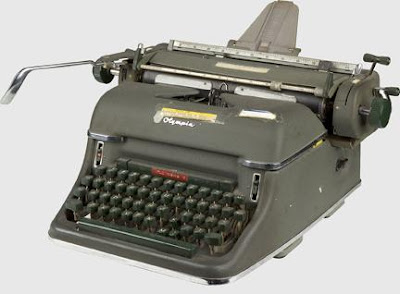 Well, my youngish coworker wanted to know from me what was correct. He told me he had never HEARD of this two space concept. He had always used one and was never told otherwise. Until that day.

Now, I was taught to put two spaces after a period at the end of a sentence, but I learned to type on a typewriter. To this day I put in the two spaces. Writing this blog post I’m using two spaces. But that apparently isn’t the law of the land anymore.

I know of some workplaces that require you to only use one space. I also have been aware that the need for the two spaces has long since disappeared. The two space concept started because original typewriters had mono spaced fonts and the extra space was needed for the eye to pick up on the beginning of a new sentence. Fonts today are new and improved rendering the double space unnecessary.

Well I assured my younger co-worker that he was fine with the one space and that the other co-worker was just repeating what she ha learned many years ago. Basically, I told, him both were “correct”.

However, I did an informal survey of friends and co-workers and here’s what I found: your space usage mostly depends on whether you learned to type on a typewriter or (two spaces) on a keyboard (one space). Generally speaking, that broke things down along age lines with the division being in the 30-35 age range today. However, I found one other determining factor: for those learning on the keyboard, sometimes the teacher was old school (or just old) and taught the two space method. But generally speaking, you will find those over 35 using two spaces and those younger using one space.

And by the way, the two-space thing is so ingrained into my typing that I don't know that I could ever break the habit.

Update: Will, in comments, makes a good point: whatever your choice, one space or two, be consistent within the same document. This is pretty much what I told my youger colleague. I actually run into this problem when I’m editing documents that were cobbled together from different sources. Anything you get off the Internet is going to be one space while something you copy and paste from a Word doc (depending on the author’s choice) might have two spaces.

Also, to be clear, I don’t think there’s really a good reason to be using two spaces. I do it out of habit, but, my commenter’s rationalizations aside (good one College One!), it’s pointless.
Posted by Dave at 7:21 AM

What have you done with Dave?

One space. Under 35. AIM (AOL Instant Messenger) was my keyboarding teacher.

Two spaces. Over 35. High school typing class. Teacher was in her 50's.

For what it's worth, I read an article a couple years back scolding us "old schoolers" for continuing to use two spaces. It said computers made the extra space obsolete and that we HAD to stop using it.

I'm like you ... it's so ingrained at this point, I'm not sure I could stop doing it if I wanted to.

Two spaces. Under 35. I learned to type in a typing class in high school on some really sweet word processors. I learned two spaces, and I follow that. It's automatic.

Call me an old man on the inside, but I'll never do away with the double space. I love it. It gives me time to think in between sentences.

Blame the internet. In the early net they used one space to save space and bandwidth, along with abbreviating every other word. I've had a few web based programs that automatically change two spaces to one.
The annoying thing for me is realizing after I've typed a few paragraphs that I've been switching between one and two spaces. I'm pretty sure going back and forth in the same document is always wrong.

Two spaces, early 20's. Just what I've always done. However, it does depend on where I am. Typing on forums and such on the internet, I don't really think about it much, and I'm sure I only put 1 space at times. When typing papers, I use two spaces, although sometimes I do only put 1 space on accident, but when I go through and double check, I generally add the spaces to make two.

I don't know if I can blame my keyboarding teacher (I learned how to type long before they tried to teach me)... I generally blame it on the fact that adding that one little space helps me waste room and get to the page number requirement faster :P

Two spaces, over 35 (ow, that hurt a little bit) and sometimes my fingers intinctively type "The quick brown fox jumped over the lazy black dog".