Glenn Beck Has a Bad Trip

Glenn Beck is crazy nuts (just watch him sometime on CNNHN). While I have always assumed he was hallucinating on his show, I really don’t know what to make of this:

My "routine" outpatient surgery… went awry and I was in terrible, excruciating pain. To help, my doctors who were absolutely fantastic, created a sinister cocktail of pain medications so strong that it's usually reserved only for Hollywood starlets. It included morphine, Percocet, Toradol, some sort of synthetic morphine derivative on a pump, and my personal favorite -- Fentanyl, which my doctor told me is an opiate 80 times more powerful than morphine.

That combination took me to an incredibly dark place. I began having trouble breathing, and I started to hallucinate. Every time I closed my eyes it was like I entered my very own movie theater running the movie "Saw" on a loop. I would see horrific, unimaginable images of death and after two and a half days, the combination of pain and hallucinations drove me to a point where I was literally suicidal. It felt like there was no hope and, quite honestly, if I could have ended it all right at that moment I probably would have… 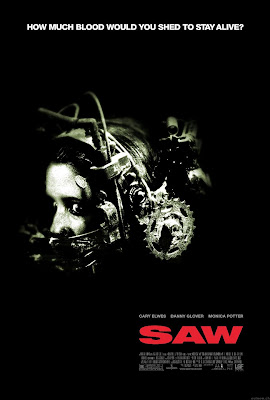 That sucks, all those drugs. Not to mention the pain. I wonder if hallucinations like that are determined or facilitated in anyway by a person’s normal way of thinking.

Anyway, Beck goes on to complain bitterly about the lack of compassion from the hospital staff (but his doctors were “absolutely fantastic”). His solution: hospitals need to be more compassionate. Sounds like a plan.

It occurs to me that if anyone to the left of, well, Glenn Beck, had written about a similar experience, Beck would have lambasted them as weak-willed, whiney liberals who hate America and it’s wonderful healthcare system.
Posted by Dave at 12:15 PM